How Can I Make Sense of Suffering? By Reverend Tom Capo 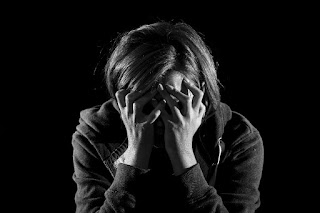 I became a Godfather at 18
When I was eighteen, I was asked to be the Godfather for my cousin, Tabitha.  I was part of her life as she grew up and we would regularly get together at my parent’s home.

I watched her over the years grow into a beautiful teenager.  Every once in a while, when I happened to think of it, I wondered, “What does it mean to be a Godfather; how am I supposed to help her on her spiritual journey through life.”

Tabitha didn’t seem to want or need a Godfather
I was no longer Catholic while she was growing up; I had grown away from the religion of my youth, and had become a Unitarian Universalist.  I thought Tabitha was doing well on her own, spiritually and otherwise.  She seemed happy, full of teenage enthusiasms, lots of friends, beautiful and headstrong as only redheads are.  She didn’t seem to particularly want or need a Godfather.

And I was busy with my own life.  I was deeply involved in my church as a lay-leader, was in private practice as a psychotherapist, had gotten married and had two very young children.  My life was full and enjoyable and wonderful.  My thoughts about my responsibilities for Tabitha’s journey through life and her spirituality faded into the background.

In February 1993, my extended family got together for Mardi Gras.  Tabitha was sixteen, involved in lots of school activities.  She had a gaggle of friends.  She was in the band at school.  She was upbeat and excited to see me and all the rest of the family.  We ate together; we went to parades together; we even talked a little about nothing in particular in the midst of all that wonderful chaos.   A few weeks later, Tabitha had an argument with her parents and, while they were out at a restaurant, took one of her father’s rifles and killed herself in her parent’s bedroom.

Suffering is our negative and persistent response to pain


The word suffering is sometimes used in the very narrow sense of describing physical pain.  But I define suffering differently.  Suffering is our negative and persistent response to pain, pain that can come from many sources—from the death of a loved one; physical, mental, emotional, spiritual trauma or illness; and life stresses, such as personal conflict, economic hardship, and life’s ordinary and extraordinary changes/transitions.  We cannot avoid pain.  It is an inevitable part of life.  As contemporary Japanese author Haruki Murakami reminds us: “Pain is inevitable, but suffering is optional.”  As much as I believe this, I have, as probably you have, suffered in response to pain. 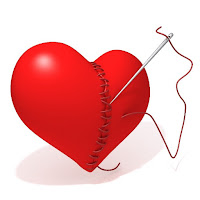 
It makes a half-stitched scar


That can be broken and again you feel


Grief as total as in its first hour.

My grief over Tabitha felt and feels this way—like a half-stitched scar that will never ever completely heal, that can be broken open again and again and again.  Some of this is the normal natural pain of loss, and some was and is my suffering.

and suffering we may not realize that our pain may cause pain to those close to us.  Martha and I realized, despite the pain we were both suffering, Tabitha’s death had touched our children.  And we realized that it was important that our children be told the truth, in an age appropriate way, as completely and quickly as they were able to take it in.  Protecting or shielding them could have created a web of distortions and misperceptions, and a conspiracy of silence.

My two young sons knew Tabitha, and had a relationship with her.  We decided to be open with them.  My four year-old son, some weeks after Tabitha’s death, wrote a letter to her family saying he loved them and wanted them to know that Tabitha had just lost her feelings. 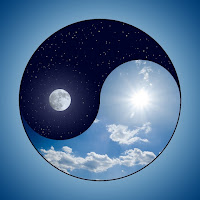 Life continues even as we are in pain


Pain brings up strong, overwhelming emotions that feel like they are going to submerge you, maybe forever.  We suffer when we try to avoid pain; the pain becomes more intense and long-lasting.  Pain can make us question our meaning and purpose in life, our spiritual beliefs, our ability to cope with life, because life continues on even as we are in pain.

Suffering keeps us from embracing the pain and moving through, making meaning from, healing from it.  Even chronic pain, whether physical, mental, emotional, or spiritual, needs to be faced, not avoided, in order for us to make meaning from it.  We may never completely heal, but we can make meaning and find a path forward.

Posted by The Human Spirit at 10:55 AM No comments: