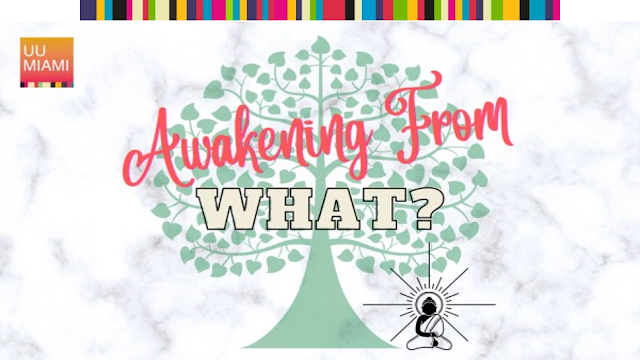 There are a number of illuminating stories, fables, and myths in the world.  This is but one:

A Crow, half-dead with thirst, came upon a Pitcher which had once been full of water; but when the Crow put its beak into the mouth of the Pitcher, he found that only very little water was left in it, and that he could not reach far enough down to get at it. He tried, and he tried, but at last had to give up in despair. Then a thought came to him, and he took a pebble and dropped it into the Pitcher. Then he took another pebble and dropped it into the Pitcher. And then he did it again. And he did that a few more times, and then, just for good measure, he dropped in a few more pebbles.  At last, at last, he saw the water had risen closer to him, and after casting in a few more pebbles he was able to quench his thirst and save his own life.

It’s easy to get caught up in the day to day of life.  Some weeks I call my sons or my mother to catch up and they ask me what has been going on, and I can’t think of anything, “Nothing much, the usual, you know church stuff.”  Maybe many of you may have had the same experiences, especially during COVID and even now as we slowly emerge from the pandemic.  But you know what, in these weeks when I think that there’s not much new going on, I wonder about what Henry David Thoreau once said, “It’s not what you look at that matters; it’s what you see.”  Look back over your past week.  What did it look like?  Now look again.  What do you see?  Every experience offers us the opportunity to look past the mundane and routine and offers us the opportunity to see new insight, wisdom, perhaps even experience enlightenment and transformation.

I want to tell you about an artist you may not be familiar with.  Her name is Leonora Carrington.  “She was born in 1917 in Lancashire, England, to an industrialist father and Irish mother.  She was raised on fantastical tales told to her by her Irish nanny…[She] would be expelled from two convent schools before enrolling in art school in Florence…[She] settled in Mexico where she married [a photographer]…and had two sons.  [She] spent the rest of her life in Mexico City, moving in a circle of like-minded artists.”  Carrington stated that: "I painted for myself...I never believed anyone would exhibit or buy my work." She painted, created some sculptures, and wrote some novels and a children’s book.  This doesn’t sound like a shockingly unusual life.

Let me read for you short story from her children’s book The Milk of Dreams.  “Jeremy was the son of a Lawyer.  He liked making little holes in the sofa.  They looked like little mouths.  Jeremy put food into the little holes in the sofa.  He gave them bread and butter, bacon, spinach, and meat sandwiches.  The holes became more and more like mouths.  They grew teeth to chew the food.  One day Jeremy forgot to give the little holes their dinner.  One of them got cross and bit the Lawyer when he sat down to read the newspaper. ‘You’d better look out,’ said the Lawyer, and he had all the little mouths sewn up so they could only say ‘Mmmmmmmmmmmmmmm.’  Jeremy made a very small hole under the sofa and pushed up vitamins.  The sofa got very thin, but its legs grew.  Nobody can sit on it any more.  Only the madman with wings.  It can’t be cleaned, it’s too tall.”

Manny Mareno writes in the online Pagan news service, “The Wild Hunt”:  “Long before the current interest in occultism and mysticism as a countervalent to patriarchy, Surrealist painter and author Leonora Carrington had been using witch imagery and occultism to dismantle power and chauvinism.” (Sept 12, 2021)  Carrington often said, “I didn’t have time to be anyone’s muse.”  In her 1944 memoir Down Below, Carrington wrote about being declared “incurably insane” but finding a doctor who could help her put on and take off “the mask which [would] be my shield against the hostility of Conformism.”

Carrington, despite her mundane life, living in one city for much of her life, being married with children, was able to saw the world differently from many, probably most, people around her.  And to her surprise, her works resonated with people.  Because of her non-conformism, she had been forcibly institutionalized a couple of time very early in her life.  There are risks for expressing unconventional ideas and for her, there were unpleasant consequences.  She explored, talked about, and painted about occultism and mysticism as a countervalent to patriarchy, way before it became trendy or safer to do so.

So what does all this have to do with searching for enlightenment, insight, being open to awakening?  Have you had an idea or perspective that didn’t conform to those of your peers, co-workers, family?  Did you express it?  And perhaps continue to express it?  Were there consequences?   Sometimes people who find their ideas too outside the mainstram, contervalent to the dominant culture, suppress those insights, and don’t let others know about them, until they push their ideas or perspectives so far down within them, that for all intents and purposes that those perspectives no longer impact their lives or the culture around them, except maybe as an afterthought.

I have come to believe some things.  First, I am more likely to live a healthy and authentic life if I express my ideas, perspective, truths and beliefs no matter how out-of-step or unconventional they may be.  Each time I honor one of my insights, it is like putting a pebble in a jar, like the crow did in the story.  Knowing that eventually, I can more easily reach that life giving, liquid essence of who I really am and drink fully of the truest expression of myself, quenching my thirst for understanding who I am.  And I’ve found that part of this process can only happen in the company of others.  Different people, authentic people, sharing themselves with me, for as they share, new parts of me are exposed, more pebbles dropped in the jar, that is me.

Not all the pieces of me that are exposed are aspects that I want to live out loud in my life, but with self-knowledge, I can, with intentionality, choose what I expose to the world.  I can consider who I want to be and how I want to help the world be a better place for all.  And I can realize how my presence impacts those around me.

I don’t know how many of you know the story of the Buddha.  That he started out as an isolated rich kid—a prince--then went out into the world.  He saw an old person, a sick person, a corpse, and finally, someone attempting to follow a spiritual path. And, having been so protected within the walls of the palace, he was shocked by the suffering he saw.  He left the palace behind him and tried to find a spiritual path to deal with suffering.  He did not sit down beneath the bodhi tree on the first day.  He met spiritual teachers.  He explored different spiritual practices.  He almost starved himself to death by avoiding all physical comforts and pleasures, as he saw other holy men do.  He learned much about himself during this part of his life, but did not find the wisdom about suffering that he was searching for.

Each of us is on a spiritual and ethical/moral journey.  We can journey reactively, dealing with what comes up in front of us.  Not much reflection, or intention, just dealing with whatever comes our way, without searching for personal insights, not putting pebbles in the jar of who we are.  Or we can journey toward wholeness, toward authenticity, and seek insights about how we can intentionally impact the world around us from the inside out.

When we see our experiences, not just look at them, but see them, holding them in our conscious without attachment or denial, reflecting on them, we open ourselves to Bodhi tree moments of insight, eventually.  They’re unpredictable, but they are there.  They tend to steal upon us when we’re not looking for them, so we have to be open and ready for them.  Do the work of living life with awareness, in communion with and sharing your lives, ideas, beliefs, truths, meanings with other people. Make times for reflection and meditation, and embrace the opportunity when those pebbles pop in.  Take those opportunities to drink deeply from your spiritual jar of self-understanding and wholeness.  Share your insights with others, if you want to.

I leave with this reflection, an awakening that American playwright, performer, feminist, and activist Eve Ensler experienced – (From In The Body of the World) when she was in a hospital bed fighting cancer:

“What I hadn’t anticipated was the tree.  I was too weak to think or write or call or even watch a movie. All I could do was stare at the tree, which was the only thing in my view. At first it annoyed me, and I thought I would go mad from boredom. But after the first days and many hours, I began to see the tree… On Tuesday, I meditated on bark; on Friday, the green leaves shimmering in late afternoon light.

For hours I lost myself, my body - my being dissolving into tree...

[All of this was new] I was raised in America. All value lies in the future, in the dream, in production. There is no present tense. There is no value in what is, only in what might be made or exploited from what already exists. Of course the same was true for me. I had no inherent value. Without work or effort, without making myself into something significant, without proving my worth, I had no right or reason to be here. Life itself was inconsequential unless it led to something. Unless the tree would be wood, would be house, would be table, what value was there to tree? So to actually lie in my hospital bed and see tree, enter the tree, to find the green life inherent in tree, this was the awakening. Each morning I opened my eyes. I could not wait to focus on tree. I would let the tree take me. Each day it was different, based on the light or wind or rain. The tree was a tonic and a cure, a guru and a teaching.  There was the tree. My tree. Not that I owned it. I had no desire for that. But it had come to be my friend, my point of connection and meditation, my new reason to live. I was not writing or producing or on the phone or making anything happen…I was not contributing much more than my appreciation of tree, my love of green, my commitment to trunk and bark, my celebration of branch, my insane delight over the gentle white May blossoms that were beginning to flower everywhere.”

I invite you to be open to what happens within you by letting life, creation, people show you a truth, a meaning, offering you pebbles, so that you may grow in awareness of who you are, drinking in who you are, and sharing yourself with the world.  Resist the hostility of conformism and embrace the risk of speaking your unconventional ideas into life.  You are not awakening from but awakening to a fuller, richer, more authentic life.

Posted by The Human Spirit at 1:30 PM No comments: