How Do Science and Religion Fit? by Reverend Tom Capo and Scott Thompson

Introduction
Today I am very happy to share the pulpit with Scott Thompson.  Scott is one of the co-leaders of our Science Sunday Forums.  We had dinner a month or so ago and talked about this service and the relationship between science and religion.   You probably will not be surprised to hear that our perspectives were different, but it may surprise you to hear our points-of-view shared some similarities.  What we hope to do here this morning is recreate, in part, the dynamic we shared that night in a convivial, relaxed setting where everyone involved shared their perspectives with no goal of trying to persuade the other into changing their own perspectives.  Rather, we simply wanted to learn more about each other’s perspectives on some the essential questions of life.  Our deep affection and genuine respect for each other meant that we could have meaningful conversations about our different understandings of the relationship between science and religion.  It was a great night where we truly lived our values with regard to our Unitarian Universalist Principles of accepting one another and that our individual searches for truth and meaning may lead to different places.
As we move into this time of sharing and reflection, I offer these thoughts.  Today, there will be that can be defined in different ways.  Religion, spiritual, sacred are such words.  Scott and I may hold different understandings of these words, and we will present our perspectives based on our own understandings of these words and others.  We’ll share our definitions of imprecise words when they come up
In Unitarian Universalism, we believe that revelation is not sealed, in other words, truth is not static, but an ongoing process of self-understanding, of understanding of the world, and of mental, emotional, and spiritual growth. We draw from many sources, including science, for our understanding of how the world works and how to make meaning from our experiences.  Science and religion are two main paths we human beings have taken in our efforts to know and understand ourselves, our communities, and our cosmos.  How they fit and whether there is conflict between them lives in each of our, and each of your, hearts and minds.  “’It would be most satisfactory…if physics and psyche could be seen as complimentary aspects of the same reality.’  These words of Wolfgang, 1945 winner of the Nobel Prize in Physics, point to an indisputable truth:  There is only one Reality, albeit one experienced with infinite variety.” (Parobola winter 2012/13)
You are now invited on this journey with us. 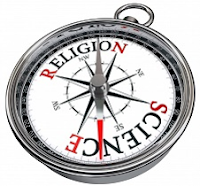