Transcendence: Between Metaphor and Miracle

Mason Cooley, Professor of English and American aphorist said “Transcendence is something between a metaphor and a miracle.” I share this story as a reflection on that quote.

As many of you know, I was a psychotherapist before coming to ministry.  As a psychotherapist, I met many people, all struggling with something—emotional issues, relationship issues, hallucinations, delusions, suicidal or homicidal ideations.  Throughout this time, I heard from people, both patients and mental health professionals, things that I could not understand but generally took in stride.  Often I wondered if what I was hearing from people were metaphors, not reality, made up somehow in their own minds.
I have learned to be open to other people’s worldviews.  And I try to keep my heart open by hearing another person’s truth

Martha, my wife, often said to me during this time, “Nothing phases you,” I suppose because I had heard so much—from people who expressed conspiracy theories of the government watching through tape recorders implanted in their brains to people threatening to kill me because I encouraged their wife to leave their abusive marriage--and empathically felt so much—from out of control to rage to paralyzing depression--from the people I treated and worked with.

I have the ability to talk to and relate to people, even those in the depths of psychosis.  I didn’t question their view of reality; instead, I sought to understand their view of reality.  Given the many and varied experiences that other people shared with me while I was a psychotherapist, I have learned to be open to other people’s worldviews.  And I try to keep my heart open when hearing another person’s truth.

I thought I knew how the Universe Works

However, there was one time in my thirty years of practice when I was knocked to my knees and brought to tears by a patient under my treatment.  On that one day I experienced something that shook my view of the world and even my understanding of what I thought I knew about how the universe works. 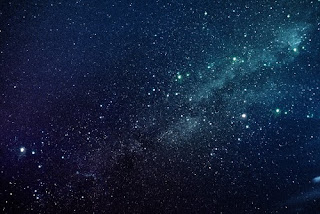 The Story of Alex


For ease of relating (and to protect privacy), I’ve chosen a gender-neutral pseudonym for the patient.  I had been treating Alex in my outpatient practice until Alex became suicidal, so I had Alex transferred from my office to a psychiatric hospital.

A couple days later I went to visit Alex in the hospital.  The nurse told me that they had just heavily sedated Alex because Alex had become so agitated that day that Alex had begun head-pounding against a wall; however, at the moment, Alex was still up, alert.

Alex and I had been considering the use of hypnosis to help Alex in recalling incidents from the past that Alex felt were causing the suicidal ideations.  I felt Alex was safe within the hospital, so I agreed to try some hypnosis.  Alex quickly slipped into a deep trance, which surprised me, since we had never tried hypnosis before.

Then Alex began to talk to me with a different voice.  A totally different voice, not a variation of Alex’s same voice.  Alex also was beginning to show certain tics and mannerisms I had not seen in Alex in the year or so we had been working together.  At first I was confused, then Alex told me to call Alex by a different name (Taylor).

Taylor said that Taylor was in control of Alex and of all the people inside Alex.  Taylor could control which person inside received the medication that the doctor prescribed and could assign physical symptoms to the people inside Alex.  Taylor went on to say that Alex was actually a very fragile person and the person who had faced most of the abuse while their body was growing older.  Toward the end of the session, Taylor told me that there were 24 different persons living within Alex.

I was in way, way over my head.  I felt I had stepped into a movie: the Exorcist or the Three Faces of Eve or Sybil.  I left the room shaken to my core, fighting back tears.  Was I so wrong in my understanding of the universe; could my assumptions about what was “real” be reduced to what simply was my perception of “real”?  Could a person change their physiology?  Could different personalities or persons within a person take over their body?  Could medications be ingested by the body but only affect one part (or personality) of a fractured psyche?

I felt as if the Matrix’s Morpheus had said to me, “You take the blue pill and the story ends.  You wake up in your bed and believe whatever you want to believe.  You take the red pill, you stay in wonderland, and I show you how deep the rabbit hold goes.”

Accepting the Truth of Others’ Realities and Experiences

I cannot tell you today if I understand completely everything that occurred while I worked with Alex, but I can say I now take even less for granted.  I am much more open to the truths of whatever I experience and much more accepting of the realities and truths others tell me they experience.
Science has given me a clearer sense of how the universe works and offers me a systematic, rational, fact-based lexicon with which and by which I am able to grapple with the workings of the Universe.  But after my experiences with Alex, I also believe that there are some things in this Universe that cannot be completely explained.