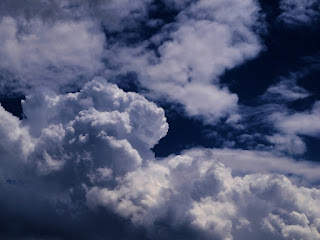 Life is all about change.  We go from childhood to adolescence to adulthood to old age.  If we decide to get into a relationship with another person there is potential to move from being a friend to a significant other.  And if we are in a relationship, we could go from a committed couple to having children to raising children to children leaving home (hopefully).  Most of us experience changes in our jobs, in our beliefs, in our income, in our homes/cities where we live.  Changes can be as small as someone canceling a meeting or a date, to as large as deciding on a new career in mid-life.  Change has always been a part of human existence, and yet we experience powerful emotions anticipating, coping with, and looking back on change.
Jacob.  My son younger son Jacob is a very bright person.  Martha and I always thought he was gifted and talented in many ways.  In 8th grade, his grades plummeted and his moods seemed to swing from anger to disinterest to exhaustion.  We felt frustrated and helpless; I felt like everything was awful.  Jacob’s teacher described him as being in a fog.  He’d forget to bring written work into the classroom, and when he was sent to his locker to retrieve it, he’d forget why he was at his locker by the time he got there.
Being a psychotherapist, I thought our hope might lie in getting Jacob into therapy.  After a few sessions, the therapist talked to us about putting Jacob on daily medication, but we decided to get some bloodwork done with his pediatrician before taking what seemed to us to be such a big step.  By now it was spring break.  Martha took Jacob to see Dr. Lee, and 30 minutes after they got home, Dr. Lee called to say that Jacob’s blood sugar was dangerously high.  She sure he was diabetic and we went straight to Texas Children’s Hospital.  They took one look at him and confirmed that he was a type I diabetic.  All his symptoms, trouble concentrating, mood swings, exhaustion, were a result of the diabetes.
We were relieved.  At least we had an answer.  Then the doctors went on to tell us that Jacob would have to manage his diabetes for the rest of this life, and that diabetes could cause problems with his cardiovascular system, his vision, and so many other things, including shortening his expected life span.
We were scared to death.  But, the doctors went on, if Jacob managed his diabetes well and took care of his health, he could live a normal active life.
We were relieved.  And then scared again.  Then a bit relieved.  Then relieved and scared at the same time.  And that’s kind of where we’ve been with Jake’s diabetes for the past 12 years or so.  I don’t remember during this time ever saying to myself as these events transpired, “Well, who knows what the future will bring; let’s just wait and see what happens.”  My moods were swinging back and forth, and my thoughts raced around trying to figure out how to fix this situation.
Jacob’s life changed when he became an insulin-dependent diabetic, and so did our lives as his parents.  I can guarantee you we were not thinking at the time, “Yay! What an great opportunity for creative adaptation and internal transformation!  Thanks Life!”  But, looking back, that’s exactly what happened. 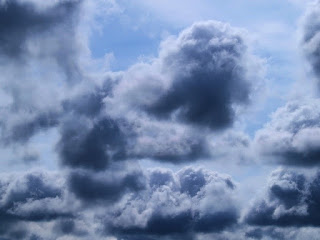 We chose to realize that we were afraid, and used the energy from the fear to motivate us to learn about diabetes, and more importantly to help Jacob learn about and take ownership of his diabetes.  He was the one who would have to learn to live with this disease and we could not make him eat right, sleep 8 hours a night, take his insulin, and exercise.  We knew our son was capable of managing his disease if we got him the resources and education he needed.  We could not take the burden of diabetes from him, though believe me, we would have done that in half a heartbeat if we could have.  We grieved that Jacob would have to fight this disease his whole life, but we ultimately had to accept this was his fight.  We could give him access to the tools he needed, but he had to be the one to use them.
In the midst of this awful change, it could easily have been possible to believe that I couldn’t cope; that this was too much; or that I or Martha or Jacob wouldn’t be able to adapt.  But we did make it; all of us made it.  I know that I feel much more capable of dealing with changes that come up because I mindfully, intentionally recognized that I did adapt to that change and I did make it.  And I saw my family do the same.

This gave me hope that we could face other changes, individually and together.  And I learned that we could find new ways of behaving if we needed to.  Jacob is probably one of the most physically healthy persons that I know.  He eats well, not too much.  His weight is stable, not overweight like his dad.  He works out regularly.  And he manages to keep his A1C low; this is the measure of his blood sugar over time. 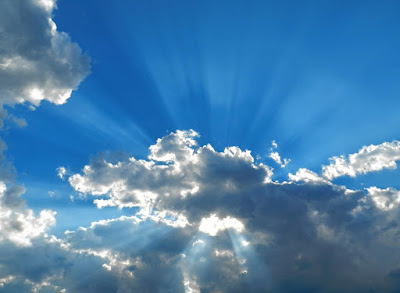 And none of us have changed at our core.  We are still the same people we were before Jacob was diagnosed with diabetes.  Jacob is the same bright, somewhat compulsive, person who walks to the beat of his own drummer as he always was.  Martha and I are the same people we were before we learned our baby boy had a life-threatening disease.  And we are all doing well despite knowing that Jacob has a life threatening illness, although every once in a while we do try to sneak a quick glance at his feet without him noticing.  Diabetics lose feeling in their extremities due to nerve damage, and Jacob doesn’t always notice when there’s something wrong with his feet because he can’t always feel the pain signals.  It makes him crazy when he catches us at it, but for us it’s the compromise we came to instead of over-parenting him.  We just love to be sneaky about it.

Wendel Berry wrote: “The world cannot be discovered by a journey of miles, no matter how long, but only by a spiritual journey of one inch, very arduous and humbling and joyful, by which we arrive at the ground at our feet, and learn to be home.”  This is how it feels to me, each time I face a change and transition.  I learn that the journey I face is not one of miles, but of one inch, a very arduous, sometimes awful-feeling, frequently scary, often humbling, and even at times joyful inch, and I learn to arrive at the place where I am and find myself back within my own skin, the same person I was.
Blessings,
Rev. Tom
Posted by The Human Spirit at 12:06 PM