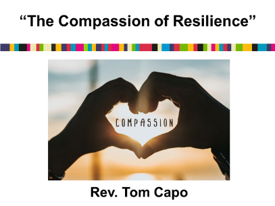 Story: “What the Turtle Taught Theodore” By Gary Kowalski
Theodore Parker was born 1810 and died in 1860.  In his autobiography, Theodore Parker relates that as a child, four or five years old, living on a farm in West Roxbury, Massachusetts he was walking through the fields one day absent-mindedly swinging a stick through the tall grass. This was many years ago, in the days before the Civil War. It was summertime. He stopped to watch the water bubble along a creek. Then he noticed a turtle sunning itself on a rock.
He’d seen other boys use their sticks to hit turtles and other animals. It was part of what children thought was fun, just as some children still like to bully and hit those who are weaker than themselves. Often children, and grown-ups too, are copycats — mimicking the behavior of others who seem bigger or stronger than themselves. Young Theodore wanted to be like the other, older boys he’d seen, so he raised his stick into the air, taking aim and preparing to knock the turtle into the water.
Then something stopped him. Something seemed wrong about the situation. He looked again at the turtle, quiet, peaceful, enjoying the summer day just as he liked to feel the warmth and light of the sun. Had the turtle ever done him any harm? Was the turtle so different than himself? Slowly he lowered his stick and walked home, thinking about what had happened.
When he arrived home, his mother was there to greet him, and he told her about the incident. She listened carefully to Theodore, and listened especially carefully when he related how some strange force inside had stopped him from hitting the little animal. “Theodore,” she said, “that force inside you was the voice of conscience. Always pay attention to it. Always follow what your conscience tells you. It’s your moral compass that points you in the right direction. And if you honor your conscience, you’ll never go wrong in this world.”
Theodore Parker grew up to become a Unitarian minister, in fact one of the greatest leaders our faith has ever known. He became a champion of the defenseless who needed defending. He was a hero in the fight to end slavery in our country. He prayed to “Father and Mother God” and fought for women’s equality and their right to vote. He and his wife never had children of their own — but he felt a sense of kinship with the whole family of creation, people of all genders and races who had been made in the image of the holy. And it all started one summer day when he was just a child — a child who saw a turtle and decided to do what was right.
For those young and young at heart, we have crayons and a picture of a turtle for you to color, in order to remember young Theodore by.

Sermon
I didn’t want to forget that Valentine’s Day just passed us by.  So I was looking for some Valentine’s Day cards that might be meaningful to Unitarian Universalists.  Here's one I came across: "Will you join the committee of my heart?" 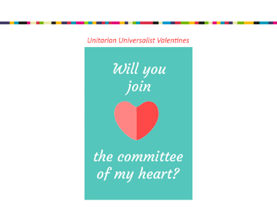 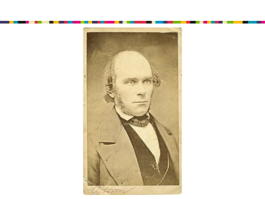 Think back on the story of Theodore Parker and the turtle.  Parker by stopping himself from the destructive behavior he saw exhibited by others, and then reflecting with his own conscience on his relationship with the turtle, another living thing, felt within himself empathy for this little creature and treated the turtle with compassion, or at the very least did not hurt the turtle.  Sometimes that’s what compassion looks like in young children.  If you can help at least don’t hurt.  Parker wrote about this event in his life and wrote that it was foundational to his life, future, his work in the world, his prayers and his preaching.  He experienced from that moment on a sense of kinship with the whole family of creation, including people of all genders and races all who were made in the image of the holy.
Parker is one of my favorite forebears.  His life and his writings teach me each time I read them.  They remind me to treat all people and creatures as if they are a spark of the divine.  They remind me to have empathy and compassion for all that exists on this planet and this planet itself.  For me, thinking of all creation as a spark of the divine helps me stop, as Parker did before using that stick, and reflect on the best way to treat those around me, and to treat them all with respect, dignity, worth, empathy, and compassion.
Let me share a part of one of Parker’s prayers:  O Thou Infinite Power, whom [humans] call by varying names, but whose grandeur and whose love no name expresses and no words can tell…  [yet whose being is] in every star that flowers above and every flower that flames beneath…We thank thee for the primal virtues which shine aloft as stars, and not less for the charities which heal and soothe and bless, and are scattered at [our] living feet as flowers.  We bless thee for the great truths which have come down to us on the sounding way through the ages, encouraging and strengthening men [and women].  We thank thee for the poets  and prophets and mighty men [and women] of thought and piety, who spoke as they were moved… and brought truth to hu[mankind]; we thank thee that in our own day, not less, thy spirit still works with the children [of humanity]… May we learn what is right and…with all the strength that is in us…love our brothers [and sisters] as we love ourselves, and grow [in this]constantly… May we grow wiser and more just, be filled with more loving-kindness to our brother men [and sister women], and have a heartier and holier love…May no success in this world’s affairs ever harden our hearts, but make us more noble and more generous, and may the world’s sorrow and sickness and grief and disappointment and loss only rouse up the better soul that is in us ...”
Let that sink in.  Each time I read this, I find things I need to remember to do in my life, and I experience new awarenesses.  I am reminded of my ministerial aspirations.  I remember to stop and notice the beauty all around me and recall again my interconnectedness with all creation.  And I remember to treat all creation as holy.  Treating creation as holy, to me, means that I need to practice compassion and empathy every day with all creation. 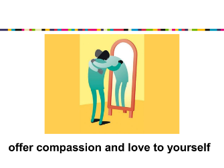 Compassion and resilience aren’t just gifts that you give to others.  It is important to offer compassion and love to yourself as a regular spiritual practice.  This builds resilience and reinforces our ability to be compassionate to others.  Psychotherapist Linda Graham, MFT ( Mental Health.net--Compassion is Healing — Empathy is "Perspective Taking") wrote: “Compassion is one of a dozen positive, pro-social emotions that have been studied by behavioral scientists as well as neuroscientists for the last 20 years, along with gratitude, kindness, generosity, joy, awe, delight, and love. Self-compassion is especially potent because it activates the care-giving system [within us] and moves us to act, care, and protect [others].”  She went on:  “Resilience is a direct outcome of the practice [of compassion]. More compassion leads to more resilience.”
We affirm that every person is important, of worth and dignity and I would say sacred. Accepting this, let us renew our pledge to live out those sacred and humane teachings that draw us toward compassion and love in ever-widening circles of care.  But first let’s start with ourselves.  So my friends I leave you with a meditation of love, compassion, and peace. I have been using this meditation each night for the past year and a half.  It is simply breathing in as I say to myself “I breathe in love and compassion” and when I breathe out, saying to myself, “I breathe out peace.”
Posted by The Human Spirit at 2:06 PM