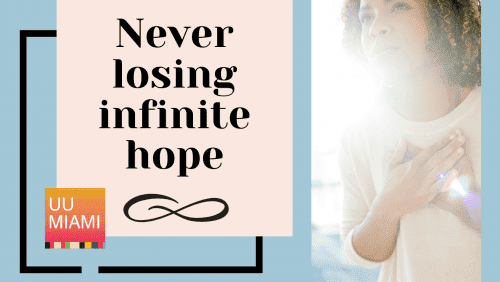 Nigerian Novelist Chimamanda Ngozi Adichie said in her TED Talk: "Power is the ability not just to tell the story of another person, but to make it the definitive story of that person. The Palestinian poet Mourid Barghouti writes that if you want to dispossess a people, the simplest way to do it is to tell their story and to start with, "secondly." Start the story with the arrows of the Native Americans, and not with the arrival of the British, and you have an entirely different story. Start the story with the failure of the African state, and not with the colonial creation of the African state, and you have an entirely different story."

Stories impact how we see and act in the world.  What stories do you hold about black people, about Asians, about Indigenous people, about Latinx people, about white people?  Some of these stories are based on what we have seen on TV, on the internet, in books, from people in our lives.  Some stories we give great power, whether on a conscious or unconscious level.  The more awareness we have of the stories we hold within, the more choices we have about how we act on those stories. The more our stories can impact the hope we have that the world can be a more just, equitable, and peaceful place.

I was acutely aware of how powerful a story can impact how I feel and act back when 9-11 occurred.  I saw the planes hit the towers and was told over and over again that Middle-Eastern Terrorists had caused this to happen.  Do you remember that time?  How it felt? Still in shock from these events, I went to the grocery store, just trying to get some normality back into my life.  I don't even remember what I purchased.  As I was checking out, I noticed a young Middle Eastern man was bagging my groceries.  My heart started pounding, my flight or fight or freeze response kicked in, fear pulsing through my body, thoughts racing about that this person was dangerous, he might kill, or kill others.  It was not until after I got out of the store that I was able to regain my composure, my thoughts and feelings.   That one story of 9-11 impacted everything about how I saw that man.

Before the Civil Rights movement of the 1960's, there was one predominant story that fed the consciousness of this country: black people were less than white people.  From that story, came actions and laws like treating blacks as "separate but equal" –though what was offered to blacks was never really equal--so there were water fountains, schools, restaurants, stores for blacks and other amenities for whites.  Although as we know this idea was used to suppress the rights of black Americans and that the opportunities for black Americans were not equal.  This one story and the laws that were inspired by it impacted the minds and hearts and actions of many Americans.

Then new stories began to emerge on American televisions and in American schools, buses, and throughout American consciousness.  Many of those new stories were in one way or another surrounding the work Martin Luther King, Jr and other black people. How King helped lead the bus boycott, how he helped with many strikes around America, how he walked with blacks and whites for voting rights, even when people were hit, abused, ridiculed and killed as this work progressed.  Americans saw and heard these stories, and some of their minds and hearts opened up to other stories besides "separate but equal"  The single story no longer fit for what the American Conscious was being exposed to.  And things began to change in America.

As we know we are still deep in the trenches of combatting racism and all the other isms and phobias that dominate the American consciousness, but on Martin Luther King, Jr. Day we affirm that we need to do more than just accept the single story of any race, people, culture, marginalized group.   King helped solidify this in American consciousness.  We saw that as I asked you what stories you remember about King and by your varied responses to King's "I have a Dream Speech."  We must be careful when we find ourselves accepting, internalizing, and acting on a single story.  A single story can distort a world view, can cultivate bias, prejudice, abuse, resulting in pain and sometimes the death of someone considered different.  For every experience, every situation we must acknowledge that there is more than a single story and if possible find those other stories, so we can respond with a fuller, more nuanced understanding of the situations we find ourselves in.

To this end, I invite you to participate with me, Carol Klopner, and the rest of the Social Justice Committee of UU Miami in the “30 Days of Love” project.  Everyone of all ages is invited to participate.  This program starts on Monday, January 17th and goes through Valentine's Day.  “30 Days of Love” is hosted by the Side with Love campaign, part of the Social Justice arm of the Unitarian Universalist Association.  So what does “30 Days of Love” look like? Each week there is an online playlist for individuals, families, and/or communities. There is a menu to choose from, depending on time and interest. Your day’s activity can be five minutes of music or a full-length panel discussion. It could be a poem, meditation, or podcast, a website to explore, archival material, introduction to a book, a powerful talk, a family project. These offerings are specially curated around timely and needed UU themes of Love and Justice.  You are invited to sign up.  If you have any questions, check your email, UU Miami sent information out last week in a separate email to you.  Or search sidewithlove.org/30daysoflove 2022.

This project is to offer you different stories, different ways of seeing the world, and different opportunities to do justice work.  And we can come back here together and share what we've experienced.  I encourage you to devote a few minutes each day for 30 days to changing some of the single stories that you carry within you about others—people different than you—to embrace more complex stories about who each and every one of us is.  Exposing ourselves to more stories and doing activities that stretch our view of the world will make a difference in the world, and change us.  We all know change can be hard, but infinite hope tells us that our complex world can embrace change—it has so innumerable times-- manage change, and push through change toward a more just, equitable, fair, and peaceful society.  And I believe, that we, as Unitarian Universalists, are able to look beyond the one story, the one experience, the one lens to view this world.  King, himself affirmed this idea, saying, " “Darkness cannot drive out darkness; only light can do that. Hate cannot drive out hate; only love can do that.”

So today, as we reflect on King's legacy and his impact on this country, let us consider his complex life, the complicated country we love, and what we each and together can do to make this country more just, more equitable, more peaceful and more compassionate for everyone.  Let us embrace infinite hope that this dream will one day come to pass.

Let me end with King's belief in infinite hope: “We’ve got some difficult days ahead. But it really doesn’t matter with me now because I’ve been to the mountaintop… I’ve looked over and I’ve seen the promised land. I may not get there with you. But I want you to know [today] that we as a people will get to the promised land.”

Posted by The Human Spirit at 1:03 PM