The Path of Hope by Reverend Tom Capo


"Goodbye to all my dear friends and family that I love. Today is the day I have chosen to pass away with dignity in the face of my terminal illness … this terrible brain cancer that has taken so much from me … but would have taken so much more … Goodbye world. Spread good energy. Pay it forward!” ~Brittany Maynard, age 29 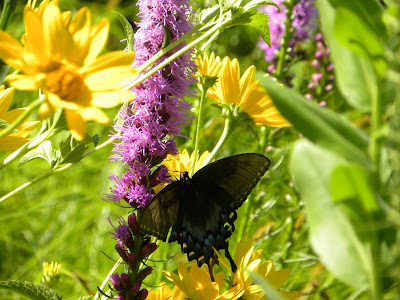 Hope is to expect something: to have a wish to get or do something or for something to happen or be true, especially something that seems possible or likely. We hope that circumstances, especially painful circumstances, will pass. We may hope for something better than what this life has offered so far. If we felt the painful circumstance would never pass, if we felt like all of our tomorrows might just be as bad as today was (or—unthinkable!—even worse), if we believed we would face the same emotional or psychological or physical discomfort all the rest of the days of our lives with no possible chance of relief, what then?
The right to die with dignity
Why am I talking about Brittany? Doctors told her that she had six months to live last spring after she was diagnosed with a stage 4 glioblastoma. She was going to experience a lingering and painful death, with seizures and stroke-like symptoms. And knowing this, she chose a path of hope. I am imagining that many of you reading this might being saying: “What does Reverend Tom mean she took a path of hope? She didn’t have any hope; she chose to take her own life.”

What I mean is that instead of just accepting the path of pain and eventual death, Brittany intentionally decided that she would bring hope to others in the world who are in her shoes, who are terminally ill. She made headlines around the world when she announced she intended to die – under Oregon's Death with Dignity Act – by taking a fatal dose of barbiturates, prescribed to her by a doctor, when her suffering became too great. And she used those headlines and her notoriety as a platform to educate and educate about a terminal patient’s right to die with dignity.
Her very public stance brought forward the critically necessary discussion of who should make the decision about the life of a person with terminal illness. Should it be the doctor, the lawyer, the religious leader, the politician? Should it be the family? No, Brittany said it should be the individual who is facing the illness

She was condemned by the Vatican. “Brittany Maynard was not Catholic,” said Rev. Dr. Ignacio Castuera, a board member of Compassion & Choices. “Compassion and Choices is a nonprofit organization committed to helping everyone have the best death possible … across the nation we work to protect and expand options at the end of life.” Reverend Castuera goes on: “People of faith are free to follow their own beliefs and consciences. But it is wrong to use the police power of government to impose a set of religious beliefs on people who do not share them. It is not the American way.”

I believe that Brittany, like so many activists before her, knew that the world would not change immediately because she posted on Facebook her desire to die with dignity, but she hoped that she could play a role in a process that would change the world, that would lead to people with terminal illnesses having hope that they could also die with dignity. Unitarian Susan B. Anthony did not live to see a woman have the right to vote in this country, but that did not stop her from working for and hoping for change, and playing a pivotal role in the suffrage movement. Brittany knew she would not be around to see this change that she championed happen, but she worked for it and hoped for it, and her activism seems to be playing a pivotal role in changing attitudes about death with dignity for those with terminal illness.

“She (Brittany) died as she intended — peacefully in her bedroom, in the arms of her loved ones,” said Compassion & Choices spokesperson Sean Crowley. And here lies the hope, the hope that others with terminal illnesses all over America might have the same right, to die as they choose, peacefully with their loved ones around them.