Nature through the lens of Spirit by Reverend Tom Capo

In the time before time, there was nothing.  Not a thing!
Who knows how it happened, and whether it was caused by a spark or a shudder or a breath of wind.  But suddenly the moon rose, the sun shone, and Earth Mother and Sky Father were revealed.
The attraction between Earth Mother and Sky Father was magnetic.  Nothing else existed before them.  They fell into an embrace that was so close and went on for so long that they had seventy sons. 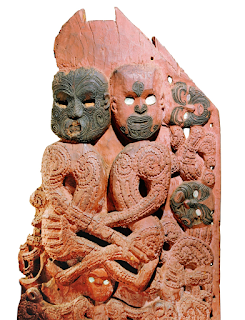 They continued to lay in an embrace so close that their children, those boy-gods, dwelt in darkness.  They had no room to move or play or grow.
The boy-gods felt suffocated without space and light.  They whispered and complained; they plotted and planned.
The god of war shouted, “Let’s kill Earth Mother and Sky Father!”
But sixty-nine brothers shouted, “No!” and continued to plot and plan.
Finally, Tane, the god of forest, spoke: “Let’s pull our mother and father apart!”
Sixty-eight brothers shouted, “Yes!” The god of storms raged in disagreement, but the others ignored him and proceeded with the plan.
The god of edible plants pushed up against the Sky Father with all his might.
He could not budge Sky Father.
The god of women and men tried and failed.
The god of fish and reptiles was unsuccessful.
And so it went: One god after another was unable to separate Earth Mother and Sky Father.  Defeated, they turned to Tane, the god of forests.  “It was a good idea, but it is impossible.”
Tane lay down on the earth.  He braced himself against Earth Mother and gathered her strength into his shoulders.  He lifted his legs and pressed them against Sky Father.  He pushed! Tane pushed and pushed with all his might, until suddenly, there was a groan and then a snap!  Tane had separated his parents.
Tane and sixty-eight brothers rejoiced.  They leapt and celebrated the newfound space and light all around them.
Sky Father floated high above his wife and was full of sorrow.  He cried and continued to cry tears of rain, which made her more beautiful than ever.  Earth Mother responded by sending mist skyward.
Meanwhile, the gods busied themselves with their work of creating the world.
Each god did as he was called to do.  Tane decorated his mother with trees and plants of all shapes and sizes.  He searched out sparks of light and threw them into the heavens to decorate his father with stars.
The gods of storms joined his father in upper realms and lives there still.  As you well know, he continues to rage—that’s how it is with some people.
His rages undo some off their work, but Tane and the other gods go on creating and tending to Earth Mother and all that dwells there.

Meditation
These are words from Walt Whitman


I know nothing of miracles…
Whether I …wade with naked feet along the beach just in the edge of the water,
Or watch honey-bees busy around the hive of a summer forenoon,
Or animals feeding in the fields, 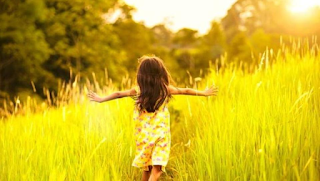 Or birds, or the wonderfulness of insects in the air,
Or the exquisite delicate thin curve of the new moon in the spring.
These with the rest, one and all, are to me miracles.
To me every hour of the light and dark is a miracle,
Every square yard of the surface of the earth is spread with miracles
Every foot of the interior [of the earth] swarms with miracles.

Sermon
The story and the meditation reflect two aspects of nature.  The story is the origin myth from the Māori, the indigenous Polynesian people of New Zealand.  Origin myths in religion and culture attribute natural phenomena, the weather, the stars and the moon, the fish of the sea, the birds of the forest, and the forests themselves with gods, goddesses and supernatural phenomena.  Many people, some who are members of this church, hold beliefs about nature that include a sense of divinity or the sacred.  I consider myself a Panentheist—holding a belief that the divine pervades and penetrates every part of the universe.
I also embrace the understanding of nature that is reflected in the meditation.  A sense that what I experience in nature is miraculous, not in a sense that a god or goddess created it, but in the sense that so many amazing things occur in the natural world that I am held in awe when I take the time to attend to them—whether it be a sunset, a seed opening up into a plant, a butterfly emerging from a cocoon.  Whatever your theology--belief in something supernatural or the innate miraculousness of the natural world—whatever your language of reverence, nature has many opportunities to foster and enrich our spiritual lives.
When I was in my senior year of High School, my friends and I went to Big Bend National Park on Spring Break.  There are certainly many stories from that trip, but one that I want to share with you.  Our first night in the park, we hiked to the top of Mt. Emory, the highest peak in the Chisos Mountains.  We sat atop the peak and watched the sunset, then camped out for the night just below the peak.  The next morning, my friends and I decided that we could cut across the park and save a good 5 miles of hiking, on our way to Boot Canyon. 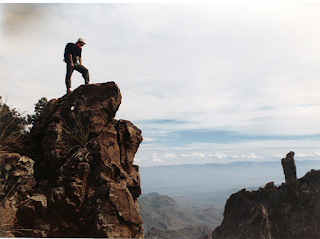 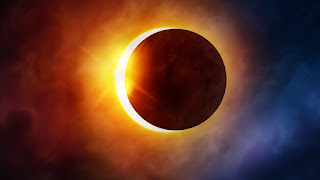 I am anticipating something that is happening tomorrow.  If you have read a paper or watched the news, you know I am talking about the solar eclipse that will sweep across the country.  I will be joining our Science Sunday leaders outside on our property tomorrow to watch the 85% eclipse with them.  We are a little north of the total eclipse. While I and perhaps many of you will be looking up at the sun with our proper eyewear, I will be opening myself up to another spiritual gift that nature offers: humility.  Nature reminds us that we are small part in a vast universe and that our lives are surrounded by mystery.  This is a deeply spiritual feeling.  When we see a mountain so tall it seems to touch the clouds or red woods big enough for cars to drive through or glaciers so vast they seem to go on forever or a planet through a telescope, we have the opportunity to open ourselves to a profound sense of connectedness.  The book, Soul to Soul by Unitarian Universalists Reverend Christine Robinson and Alicia Hawkins, was resource as I prepared for this service.  They write: “Humility is a sobering and necessary correction to the heady discovery that we are at one with the universe.  Some people dislike the word humility, because it has connotations of bowing and scraping before an arrogant power.  But the root of the word humility is the same as the root of words like humus, meaning fertile topsoil or earth, and human.  Humility has connotations of groundedness, of connection to earth and humanity.  The truth of the matter is that we are specks of life and consciousness in immensity; short lived, soft shelled and vulnerable.  Experiences in nature offer a healthy corrective to hubris.”
German theologian, philosopher and mystic Meister Eckhart wrote: “If I spent enough time with the tiniest of creatures, even a caterpillar, I would never have to prepare a sermon, so full of God is every creature.”  I had have a number of people tell me that their church is nature.  They get more from a walk in nature than they have ever gotten in a church building.  And I get that.  I still want to encourage you to come to church, but I get that.  I believe that Meister Eckhart speaks a deep truth: being in nature can be, if we are open to it, if we allow ourselves to be mindful, if we walk in nature in a reverent way, deeply spiritual.  We can learn more about ourselves, about our connection to others—the universe, mother earth and all that resides on it—and we can get a break from the routines of life that distance us from ourselves and creation.  We need to attend to our feet as we slip them into the cool water of a babbling brook or to our hands as we dig in the dirt of a garden.  We are able to remember what is really important when our daily routine is stripped away and we step away from the work-a-day world as naturalist, Transcendentalist, and Unitarian Henry David Thoreau did.  As he sat out by Walden Pond, he wrote:  “If the day and the night are such that you greet them with joy, and life emits a fragrance like flowers and sweet-scented herbs, [that] is more elastic, more starry, more immortal- that is your success. All nature is your congratulation, and you have cause momentarily to bless yourself. The greatest gains and values are farthest from being appreciated. We easily come to doubt if they exist. We soon forget them. They are the highest reality. Perhaps the facts most astounding and most real are never communicated by [hu]man to [hu]man. The true harvest of my daily life is somewhat as intangible and indescribable as the tints of morning or evening. It is a little star-dust caught, a segment of the rainbow which I have clutched.”  Namaste

Posted by The Human Spirit at 2:52 PM