When I Find Myself in Times of Trouble by Reverend Tom Capo, preached on Oct. 15, 2017 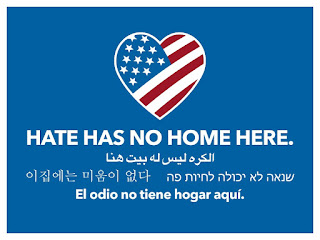 On October 2, 2017, while my family and I were still in Houston celebrating my mother’s 80th birthday, my wife Martha noticed a private message someone had sent the church Facebook Page and called my attention to it.  The sender was not a member of our church; she had been doing some research about us and had stumbled on a Facebook event page that called for a demonstration against me—calling me a Nazi because of my support of Women’s reproductive rights—and against our church--for our support of Planned Parenthood.
So began a process.   The church leadership and I have been working on several fronts to prepare our members and ourselves for the uncertainties of today (October 15, 2017).  The church now has a plan to action that we can use whenever someone or some organization tries to protest us or disrupt our services.  This plan has specific roles and procedures for greeters, stewards, the Religious Education program, our Audio-Visual team, our Board, and the staff if a disruption happens.   We all feel more secure with this comprehensive program. 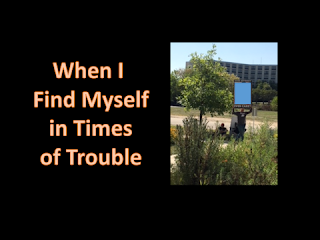 On September 9th of this year, Friends Who March, a local activist group, rented our church to hold an Activist Expo.  Members of our church had a table at this Expo—marketing our SMILE project, an internship program for disadvantaged and discriminated against youth.  There were 41 groups that had tables—some of which were Planned Parenthood, Handmaidens, PFLAG, Indivisible, Moms Demand Action, Environmental Defense Fund, and the Bisexual and Queer Alliance.  The program started at 1 PM and was going very well, lots of people sharing information with each other.   People from all around this area came, wanting to support the various organizations that were there.  After an hour or so, the leader of Friends Who March came up to me and said there are people here who were disrupting the event and wouldn’t leave.  She told them to go, but they wouldn’t listen to her.
I went down to Kreves Hall and was confronted by a man who said, “I am an activist; I shouldn’t have to leave.  I am advocating for life. I won’t let babies be killed.”  By the last part of his statement he was shouting.  And his wife had joined in the fray.  In a calm, but assertive, tone I told him, “You need to leave.  If you don’t leave we will call the police.”  His wife started shouting that she didn’t want anyone to kill the baby in her body, and he started yelling I was helping kill babies.   I just repeated “You need to leave.  If you don’t leave we will call the police.”  I walked them out of our building.
They sat in their care in our auxiliary parking lot for about 20 minutes, then they returned to our property with some of their supporters.  You see the leader of this group in the picture on your left.  I’ve blocked out the graphic image on his sign.  The police were called.  The police stayed with us for much of the rest of the afternoon, setting boundaries with the protesters.  I have come to learn from the police that prosecuting these types of protesters for what they say is pretty much impossible.  The right of free speech extends to us all.  The rest of the afternoon, the protesters verbally harassed anyone who came to the Expo.  We asked each of the groups if they felt safe as they were leaving, some of us provided escorts for those who did not.
While I had supported Planned Parenthood by standing in front of their Aurora clinic a couple of times, this was the first time I had to face these protesters within the walls of this church.  I have to tell you despite all my experience as a psychotherapist and my experience with dealing with protesters in other places, I was scared and angry, really scared and really angry.  I know this because when my emotions rise to a level that threatens to overtake me, I feel spasms in my back, and boy was it spasming.  Standing up for my values and our Unitarian Universalist Principles can be terrifying.  I could have used some words of wisdom whispered in my ear by Mother Mary or actually anybody.
In my office, I have a printed copy of Martin Neimoller’s famous quote:
First they came for the Jews
and I did not speak out
because I was not a Jew.
Then they came for the Communists
and I did not speak out
because I was not a Communist.
Then they came for the trade unionists
and I did not speak out
because I was not a trade unionist.
Then they came for me
and there was no one left
to speak out for me.
Neimoller was a German anti-Nazi theologian and Lutheran pastor.  He became famous for this quote.  And I have it in my office for strength in times like these.  His words of wisdom give me strength and courage to speak truth to power.  Reading this quote helps me manage my anger and fear, knowing that if I don’t speak out, one marginalized group after another, one person after another will be trampled on without repercussion, and I will not stand for that.
In the political climate we live in today, more and more of these hate groups are rising up and feeling emboldened to act out.  We each need some words of wisdom to ground us in the work that lies before us.  For me it is Neimoller’s.  For me it is also the teachings of the Buddha.
Each of us needs a centeredness that will guide our work in the world, to help us cope with the anger and fear that we will feel as we take the risks necessary to hold the line on justice, equity, and peace.
I end with this Pueblo blessing:
Hold on to what is good
even if it is
a handful of earth.
Hold on to what you believe
even if it is
a tree which stands by itself.
Hold on to what you must do
even if it is
a long way from here.
Hold on to life even when
it is easier letting go.
Hold on to my hand even when
I have gone away from you.
Today our members and our friends from the larger community have come together to take a stand against hatred and fear-mongering.  They stand, hand in hand, across creeds and beliefs, across economic lines and racial lines.  I will remember the feel of their hands in mine even when I have gone far away from them, from you.  I hope you remember the feel of their supportive hands in yours, too.  Together, we will make a positive difference in this world.   Namaste.
Posted by The Human Spirit at 11:51 AM